Response to the Drone NPRM

Response to the Drone NPRM

March 9, 2020 Comments Off on Response to the Drone NPRM Training Events Admin 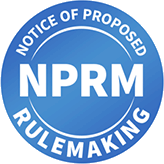 When the bar is raised to high, the common response is to walk under it.

Case in point, the 333 exemption that required a sport or higher pilot license for commercial operation of a UAS. An operator wishing to comply was faced with the time and expense of pilot training for an aircraft he would never fly, while licensed pilots did not want to risk using their license in with an UAV. Those who wanted to fly "legal" were priced out of the business by those willing to ignore the rules. 333 was a failure. Reports were required that nobody read.

It is clear to me that this proposal ultimately serves the purposes of Amazon and others intent on monopolizing UAS for automated BLOS deliveries.The excuse is that it helps law enforcement, Or safety of the NAS. It does neither, and the proposed approach is doomed to failure.

This new proposal faces the same kind of problems. First, the proposal appears to ignore the recommendation of the ARC for a "radio" based solution. Instead, the proposal is for a new technology that has yet to be invented, ignores the tens of millions of existing aircraft that could not meet the requirements, adds an unwelcome expense to the operator for Internet connection that does not exist in a large part of the operating environment. It's unwelcome and unworkable, and ignores millions of existing UAVs that are not going to go away. They WILL be used and the rules will be ignored, to the detriment of public safety. The FAA is not equipped for enforcement on that level and law enforcement has other things to do.

The logical solution already exists, utilizing existing low cost technology. As one example, Uavionix has already developed an ADS-B for UAVs. The device is short range, low power and capable of responding only when it detects a nearby ADS-B out signal from an approaching aircraft. ADS-B signals can be identified by law enforcement using existing mobile apps, while nearby aircraft could identify the UAV, its altitude and course using the ADS-B in. UAV software could use the detected aircraft signal to execute an automatic Return To Launch. Retrofitting a wide range of existing drones is entirely feasible. The device requires little power and has no significant effect o battery drain or UAV range. There would be no need for manned aircraft to add the cost of new type-approved drone-detection.

As of January 2020, the dominant manufacturer, DJI now provides the option of ADS-B In to notify the UAV operator of an approaching aircraft.

The common objection of "flooding" the ADS-B system could be avoided by the fact that the Uavionix UA ADS-B signal is "wake on detection", low power, short range, and the signal could logically be filtered out of ground ADS-B repeaters. The ADS-B regulations could be adjusted to provide for the lower power ADS-B out signal.

Further, BLOS could require an upgrade of the UAG license to the level of the student pilot, replacing the aircraft flight training with a test of actual UAV operating skills.

This alternate approach would solve the problems of technology, safety, pilot qualification, acceptance and compliance.