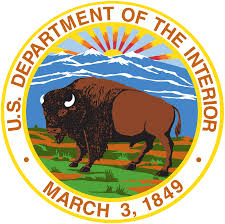 The Interior Department is embarking on a first-of-its-kind program that will use unmanned aircraft systems, better known as drones, during emergency situations.

The department announced Tuesday that it will sign four contracts with U.S.-based companies that will give Interior the ability to use “fully contractor-operated and maintained” small drones to aid in wildfire operations, search-and-rescue missions and other emergency situations in the U.S.

“This contract reinforces our commitment to partnering with industry to provide our employees with the latest technology in carrying out their responsibilities as stewards of our nation’s public lands while also ensuring their safety is paramount,” Interior Secretary Ryan Zinke said. “This capability is key to implementing our new and aggressive approach to combatting the threat of large wildfires.”

The $17 million contract will help supplement the manned firefighter fleet by operating in conditions dangerous to first responders, such as dense smoke situations.

Infrared sensors placed on the drones will additionally provide the department the opportunity to collect and analyze the effectiveness of wildfire suppression and retardant.

The effort is a collaboration between Interior and the Agriculture Department’s Forest Service.

The U.S. experienced a number of deadly wildfires last year that left hundreds of people displaced and many injured. Wildfires in Montana, as well as in San Jose and Santa Barbara, Calif., were exacerbated by drought. Other high-profile fires occurred at Yosemite and Glacier national parks.

Some have called for the use of drones to help firefighters and search-and-rescue teams be more strategic when battling flames.

Interior is also looking into using the small drone technology to help with scheduled burnings.

Previous Post Next
About The Author
Tim Trott Tim Trott is an FDLE certified instructor (#329775), and Certified Remote Pilot. and also passed the FAA Fundamentals of Instruction and Ground School exam and was granted one of the first 400 Section 333 Exemptions. As a writer, Tim has several books and e-books on Amazon.com, including FAA 107 UAG Remote Pilot Study Guide, The Droner's Guide (#15 in its category) and Out of the Blue - The Life and Legend of Kirby 'Sky King' Grant. Many of these courses are available for on-site training through TrainingForceUSA.com. Tim Trott has conducted training courses in Boston, Mass., Texas City and Wichita Falls, Texas, as well as Broward College in Ft. Lauderdale, Valencia Community College in Orlando, Pat Thomas Law Enforcement Academy in Tallahassee, and Gulf Coast Public Service Academy in Panama City, Florida. Between online and on-site training, Tim Trot has trained close to 1,000 students in various aspects of small Umanned Aircraft Systems operation.